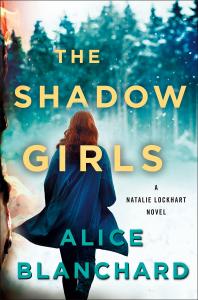 Someone is playing deadly games. Lieutenant Luke Pittman lies in the hospital in a coma after being attacked by one of their own. Veronica Manes, Burning Lake’s most respected modern-day witch, is dead, her murder left unsolved. Natalie Lockhart has become embroiled in a case with threads that become increasingly difficult to untangle.

Now, a new horror is uncovered, one that shocks the town as never before, and the dark, shadowy path forward for Natalie is paved with challenges that haunt her past?Veronica’s unsolved case. Her sister’s traumatic murder. The long-lost disappearance of her old best friend. Natalie’s obsession with finding the truth leads to a twisted, elemental struggle between good and evil?and nothing will ever be the same again.

The woods have secrets.

The trees are carved with curses.

There’s something wicked in Burning Lake.