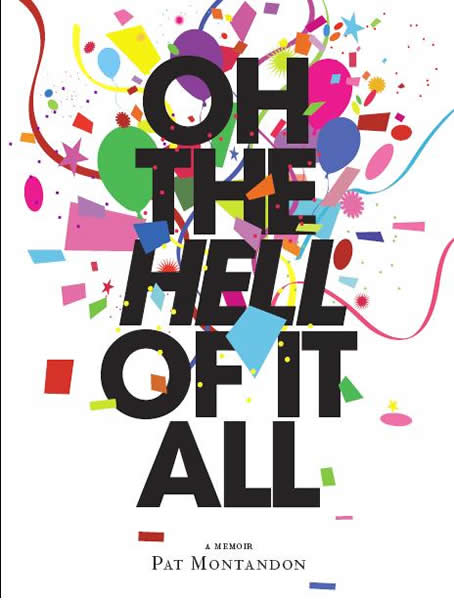 Oh the Hell of it All: A Memoir

Once dubbed San Francisco's "Golden Girl," Montandon socialized with the cream of San Francisco society, including Danielle Steel, Alex Haley, and the Gettys. Immortalized as a character in Armistead Maupin's Tales of the City, she lived a seemingly perfect life in a penthouse above the San Francisco Bay, complete with her marriage to multimillionaire Al Wilsey and the birth of her son, Sean. From her lavish parties to her legendary Roundtable lunches, Montandon was always the talk of the town.

Then, less than a decade later, Wilsey announced he was divorcing her, and Sean abandoned her as wellâ€”both for the affections of her once-close friend, Dede Traina. Left penniless and virtually suicidal, Montandon once again had to reinvent herself, this time as a humanitarian for peace. From Berlin to Beslan, she made it her life's mission to give a voice to the world's children and spread a message of hope in times of crisis. Oh the Hell of It All is a rich feast of a story: that of a poor girl turned rich turned poor again, in and out of love and betrayed by those closest to her, who has achieved peace in her life through devotion to something outside herself.


"Montandon writes movingly about her childhood and adolescence as the daughter of a preacher in Texas and Oklahoma in the 1930s." —The New York Times Book Review