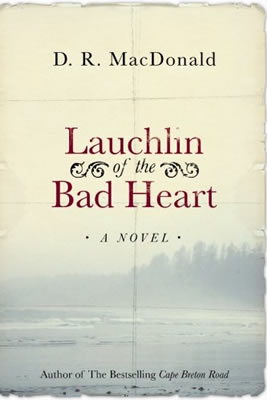 Lauchlin of the Bad Heart

There was a time when Lauchlin MacLean was a promising welterweight and the Cape Breton gyms were full of fighters; it was a time when his heart was strong. Maybe if he'd become a ranked fighter he might have moved on decisively with his life. He might have left the island where he lived, an island of safety, sanctuary and family roots running as deep as the surrounding waters. He might even have followed Morag to Boston.

Now in his fifties, Lauchlin is disturbed from his life of "what ifs" by a growing attraction to a beautiful blind woman, the wife of a friend. Drawn to her first for friendship, Lauchlin finds that Tena has awakened something buried within him. But others in the tightly knit island community are watching and waiting, and he unknowingly becomes entangled in a sinister plot of revenge born in the dark forests around him. Then Lauchlin must make a choice to trust in a heart he has ignored for a very long time.

D.R. MacDonald has created an elegiac masterwork that is at once intimate and universal. Written with exquisite lyricism and psychological acuity, it probes the nature of love, guilt and forgiveness in a world where men and women struggle to understand one another. Following his widely praised Cape Breton Road, it confirms MacDonald as one of our most accomplished writers.


Longlisted for the 2007 Scotiabank Giller Prize

A best book of the year by The Globe