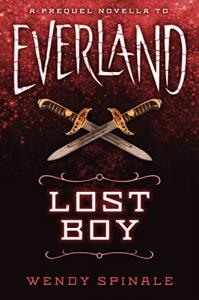 Before Captain Hook annihilated England, before the Lost City was built underground, before Gwen stole his heart, Pete was a just boy living among the shadows. Determined to get himself and his sister out the rundown orphanage, Pete finds a solution in the seedy underbelly of London, a deadly place of scamps and thieves where survival is determined by cunning skill and bareknuckle bravery. But then one night, everything changes . . .

In this dark reimagining of the original Lost Boy, Wendy Spinale weaves a stunning story of courage and heartbreak, loss and redemption as one boy is forced to face his past . . . and his future.