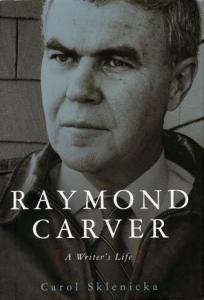 When Raymond Carver died at age fifty, readers lost a distinctive voice in its prime. Carver was, the Times of London said, "the Chekhov of middle America." His influence on a generation of writers and on the short story itself has been widely noted. Not so generally known are how Carver became a writer, how he suffered to achieve his art, and how his troubled and remarkable personality affected those around him.

Carol Sklenicka’s meticulous and absorbing biography re-creates Carver’s early years in Yakima, Washington, where he was the nervous, overweight son of a kindly, alcohol-dependent lumbermill worker. By the time he was nineteen, Ray had married his high school sweetheart, Maryann Burk. From a basement apartment where they were raising their first child and expecting their second, they determined that Ray would become a writer. Despite the handicaps of an erratic education and utter lack of financial resources, he succeeded. Sklenicka describes Carver’s entry into the literary world via "little magazines" and the Iowa Writers’ Workshop; his publication by Esquire editor Gordon Lish and their ensuing relationship; his near-fatal alcoholism, which worsened even as he produced many of the unforgettable stories collected in Will You Please Be Quiet, Please? and What We Talk About When We Talk About Love. She examines the dissolution of his first marriage and his partnership with poet Tess Gallagher, who helped him enjoy the full measure of his success.

Carol Sklenicka draws on hundreds of interviews with people who knew Carver, prodigious research in libraries and private collections, and all of Carver’s poems and stories for Raymond Carver. Her portrait is generous and wise without swerving from discordant issues in Carver’s private affairs. Above all Sklenicka shows how Carver’s quintessentially American life fostered the stories that knowing readers have cherished from their first publication until the present day.

Reviews:
"Earnest and carefully researched, this biography interestingly recounts Carver's working relationship with editor Gordon Lish and other publishing figures. But the writing is most compelling in an epilogue that highlights posthumous legal disputes showing Gallagher maintaining an iron grip on Carver's growing legacy and reputation."
—Publisher's Weekly


"Raymond Carver's stories and poems are still very much alive, and thanks to Carol Sklenicka's biography, Ray the writer comes to life again. This is a remarkable book, very thorough and deeply moving. I knew Ray, and now I know him better than ever."
—Richard Cortez Day, author of "When in Florence" and "Something for the Journey"


"If his stories, told in a clipped, brusque voice, help us better understand life in all its loveliness and anguish, then this biography does the same for the man behind them, only with a shout -- full-throated with the voices of those who knew him. Meticulously researched, unflinchingly honest, and always compelling. What we talk about when we talk about Carver will forever be defined by this poignant monument of a book."
—Benjamin Percy, author of "Refresh, Refresh" and "The Language of Elk"