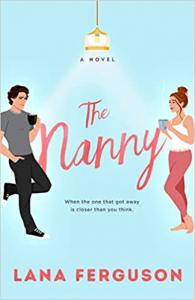 A woman discovers the father of the child she is nannying may be her biggest (Only)Fan in this steamy contemporary romance by Lana Ferguson.

After losing her job and being on the brink of eviction, Cassie Evans finds herself with two choices: get a new job (and fast) or fire up her long-untouched OnlyFans account. But there are no jobs to be found, and as for OnlyFans. . . . Well, there are reasons she can’t go back. Just when all hope seems lost, an ad for a live-in nanny position seems the solution to all her problems. It’s almost too perfect—until she meets her would-be employer.

Aiden Reid, executive chef and DILF extraordinaire, is far from the stuffy single dad Cassie was imagining. She is shocked when he tells her she’s the most qualified applicant he’s met in weeks, practically begging her to take the job. With hands that make her hindbrain howl and eyes that scream sex, the idea of living under the same roof as Aiden feels dangerous, but with no other option, she decides to stay with him and his adorably tenacious daughter, Sophie.

Cassie soon discovers that Aiden is not a stranger at all, but instead someone who is very familiar with her—or at least, her body. She finds herself at a loss for what to do, given that he doesn’t remember her. As their relationship heats to temperatures hotter than any kitchen Aiden has ever worked in, Cassie struggles with telling Aiden the truth, and the more terrifying possibility—losing the best chance at happiness she’s ever had.