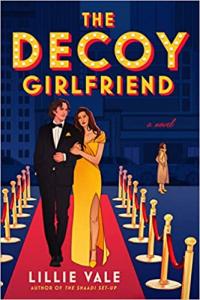 A laugh-out-loud funny and whip smart romantic comedy from the author of The Shaadi Set-Up about a young woman who switches places with her celebrity doppelgänger, and must fake-date the actress’s sexy costar boyfriend.

Author Freya Lal knows she has that kind of face, the kind that looks just close enough to a celebrity’s to feel familiar. So it’s not her fault if, in the right clothes and makeup, she happens to get mistaken for It-girl actress Mandi Roy. And if those assumptions lead to her getting a little special treatment—a reservation at a trendy restaurant, cutting the line outside a local nightclub—who could blame her for letting it slide? Especially since lately it's been all work and no play as she struggles to write her next book. But when Freya's latest impersonation goes viral, Mandi herself catches on and makes Freya an offer: pretend to be Mandi for a month, and all will be forgiven.

With the swap, Mandi gets a much-needed break from the public eye and Freya gets the inspiration to finally finish her novel. The only catch is that Freya has to keep up her lookalike's tabloid-fodder relationship with her devastatingly handsome costar, Taft Bamber. Taft and Mandi’s relationship has been a PR stunt from the start, but the public doesn’t know that…and neither does Freya. With the fate of all their careers hinging on the swap's success, Freya will have to be just as convincing of a girlfriend as ever, and as Taft and Freya get closer, maybe this time the spark isn’t just for the cameras.