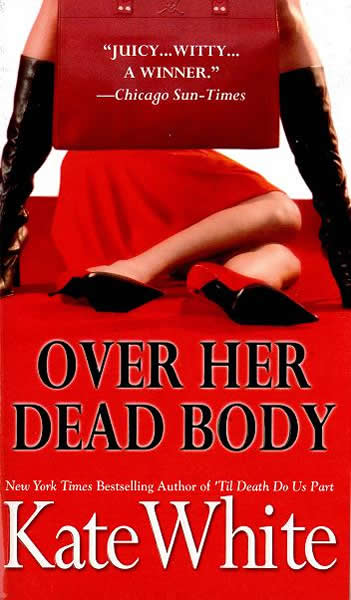 Over Her Dead Body: A Bailey Weggins Mystery

Talk about rapid turnover! In a matter of days Bailey Weggins has been axed from one New York magazine and hired by another. Her new job at Buzz, a weekly filled with sizzling gossip, has Bailey covering celebrity crime. Bailey doesn't have to look far for her first big story when she finds her boss, Mona Hodges, gasping her last breath after being bludgeoned with a blunt object. A raging tyrant, Mona made Buzz a top magazine but racked up an impressive list of enemies. Now it's up to Bailey to get the scoop on whodunitâ€”even though one of her closest friends is at the top of the suspects list.


"Sharper than a stiletto heel, funnier than a bad dye job and full of fuschsia herrings, White's fourth Bailey Weggins murderfest (after 2004's 'Til Death Do Us Part brings back the glitz of the Cosmo editor-in-chief's bestselling debut, If Looks Could Kill, and features yet another she-devil magazine editor. White keeps the reader guessing whodunit to the end, but the book's main attraction is Bailey herself, with her musings on train-wreck journalism and the perils of falling in love in between worrying if she's next on the killer's list." —Publisher's Weekly (starred)