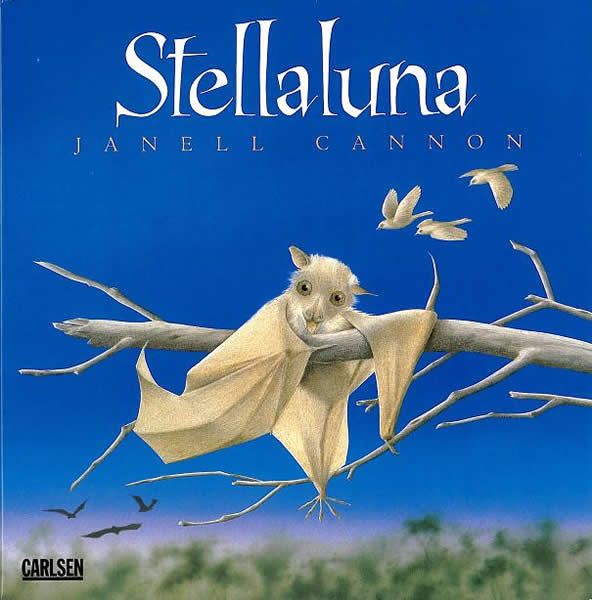 While out searching for food, fruit bat Stellaluna and her mother are attacked by a vicious owl. Stellaluna is separated from Mother Bat and taken in by a family of birds where she must put aside her bat habits to fit in with her new family. But one fateful flight when she is separated from her adoptive siblings, Stellaluna is reunited with her bat family and learns that even though we're different, we're very much the same.


"With a warm, nicely honed narration, Cannon strikes just the right balance between accurate portrayal of the bats and the fantasy that dramatizes their characteristics. Her illustrations, in luminous acrylics and color pencils, are exquisite. The appealingly furry, wide-eyed, fawn-colored bats have both scientific precision and real character; they're displayed against intense skies or the soft browns and greens of the woodland in spare, beautifully constructed (occasionally even humorous) compositions. Delightful and informative but never didactic: a splendid debut."
—Kirkus Reviews (starred)