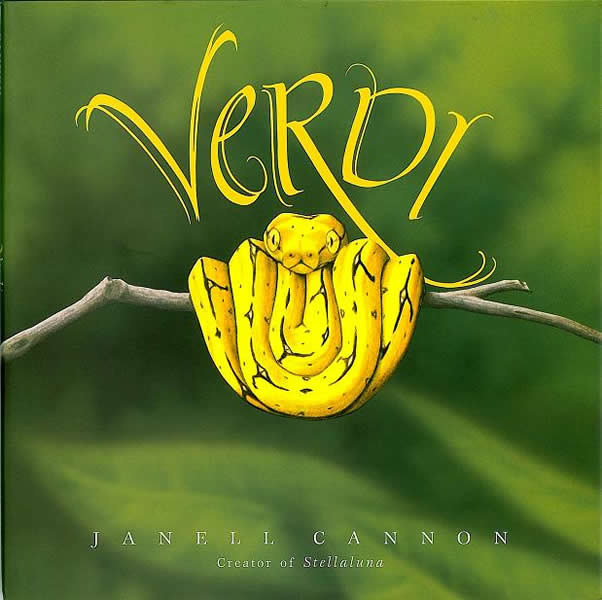 "Young Verdi doesnt want to grow up big and green. He likes his bright yellow skin and sporty stripes. Besides, all the green snakes he meets are lazy, boring, and rude. When Verdi finds a pale green stripe stretching along his whole body, he tries every trick he can think of to get rid of it--and ends up in a heap of trouble. Despite his efforts, Verdi turns green, but to his delight, he discovers that being green doesn't mean he has to stop being himself. Cannon is on a roll, her gift for creating memorable characters and scenes on glorious display in this tale of a feisty python hatchling." --Publishers Weekly


As she did in her very popular Stellaluna (1993), Cannon blends natural science with story, providing a double-page spread of added information on snakes. Even if the pace drags in places, Verdi is both an endearing youngster and an admirable elder.
—Booklist