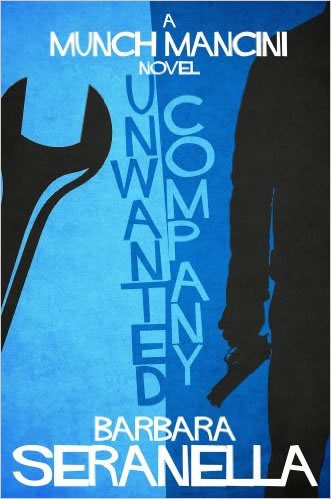 Miranda "Munch" Mancini has seen the worst of times, but she's still looking for the best. Munch is a recovering addict who, in addition to her gig as an auto mechanic, has started her own limousine service with one Cadillac, little cash, and a lot of effort. She's her own boss now, which means she can't afford to turn down a client, even when a seedy government type offers her big money up front to drive around a foreign businessman for a week. The problems start when Munch promises to hire Ellen, an old friend fresh out of prison. Next thing Munch knows, Ellen, her client, and her one car are missing in action, and the police are at her door. With Ellen's shady past and flaky ways, Munch can only imagine the trouble her friend may have gotten herself into. Though Munch's hands are clean this time, from her past run-ins with the law, she knows her freedom and her safety aren't guaranteed until the truth is made clear. With the custody of her adoptive daughter on the line, and Ellen's life in jeopardy, there's nothing that Munch won't do to help her pal, police detective Mace St. John, solve this dangerous case. But if there's a cold blooded criminal in town responsible for a series of brutal murders, what can Munch do that won't get her killed to stop him?


"In this fast paced neo-noir thriller, Seranella more than makes the point that anything an antihero can do, an anti-heroine can do better..."
—Los Angeles Times

"The ensuing mayhem would be hilarious if it werent so creepy and scary a combination of emotions that Seranella handles with the same kind of no-sweat skill that Munch applies to her automotive repairs."
—New York Times Book Review