Bradley Somer has written a ton of short fiction, which has appeared in a plethora of literary journals, reviews and anthologies over the past eleven years. His stories show a bent for the off-kilter with a touch of the urban fantastic.

Bradley’s debut novel, Imperfections, was published in Fall 2012 by Nightwood Editions. It earned a starred review from Quill & Quire magazine, won the 2013 CBC Bookie Award for debut author of the year and was one of the Canadian Bookseller’s Top 8 Picks for 2012.

His new novel, Fishbowl, was published in North America in 2015 through St. Martin’s Press. Publication rights have sold in over fifteen countries, in many translations and audio formats. Recently, Bradley Somer was awarded the Lieutenant Governor General’s Emerging Artist Award. 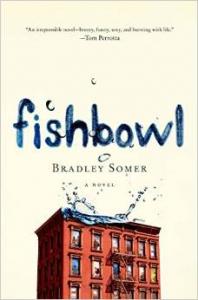