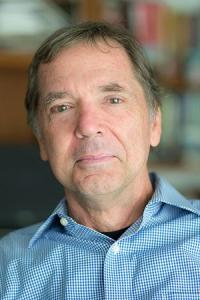 
Dean Nelson is the founder and director of the journalism program at Point Loma Nazarene University in San Diego, California. He is also the founder and host of the annual Writer’s Symposium By The Sea. Nelson has written, co-written or ghost-written 14 books. He has been a journalist for 40 years, and his work has appeared throughout the world. He has won top writing awards from the Society of Professional Journalists (four times), the San Diego Press Club (four times), the CINE Society, the San Diego County Bar Association and the San Diego Book Awards (twice). He has a Ph.D. in Journalism from the E.W. Scripps School of Journalism at Ohio University, and a Masters degree from the University of Missouri’s School of Journalism. 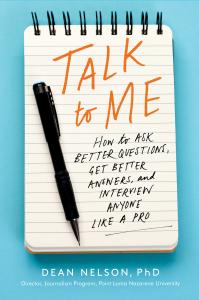 Talk to Me: How to Ask Better Questions, Get Better Answers, and Interview Anyone Like a Pro