In 1994 Captain Charles Moore founded the Algalita Marine Research Foundation. In 1995 he launched his aluminum hulled research vessel, Alguita, in Hobart, Tasmania. Since then he has logged over 100,000 miles of research voyages aboard. His 1999 study shocked the scientific world when it found 6 times more plastic fragments by weight in the surface waters of the central Pacific than the associated zooplankton. His second paper found that plastic outweighs zooplankton by a factor of 2.5 in the surface waters of Southern California.

Those papers on oceanic plastic particulate pollution, published in Marine Pollution Bulletin, and his review article “Synthetic polymers in the marine environment: A rapidly increasing, long term threat,” published in Environmental Research, contributed to his reputation as a world-renowned investigator in this field. His study of discharges by plastic processors resulted in the passage of a “Nurdle Bill” to prohibit the discharge of pre-production plastic pellets in the state of California. His work has been featured on Good Morning America, Late Night with David Letterman, Nightline, the Colbert Report, and the National Geographic special “Strange Days on Planet Earth.” 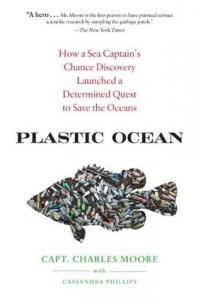 Plastic Ocean: How a Sea Captain's Chance Discovery Launched a Determined Quest to Save the Oceans