Marshall Goldman is Professor of Economics Emeritus at Wellesley College and Senior Scholar at the Davis Center for Russian Studies at Harvard University. An internationally recognized authority on Russian history, politics, and economics, he has met with Mikhail Gorbachev and interviewed Vladimir Putin, and has advised former President George H. W. Bush and President George W. Bush on Russia. Goldman has written for publications like Foreign Affairs, The New York Times, The Washington Post, The New Yorker, and The Atlantic Monthly; and he has appeared on numerous television programs, including The News Hour, Crossfire, Face the Nation, The Today Show, and Nightline. 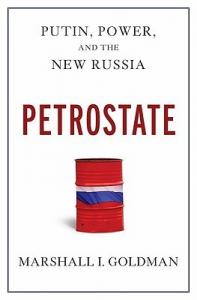